Introducing PO_GenAlignGrids and an Improved PO_AlignToGrids for Fixing Alignement Issues

Hello :pollination: community, and in particular the Rhino plugin users!

I wanted to share this video with you that showcases the PO_GenAlignGrids command, and an improved version of the PO_AlignToGrid command with an additional option for angle tolerance.

Here is the video: It shows you how to fix a floor of a hospital model with 125 rooms, and several issues in around 15 minutes. Here are the before and after images. 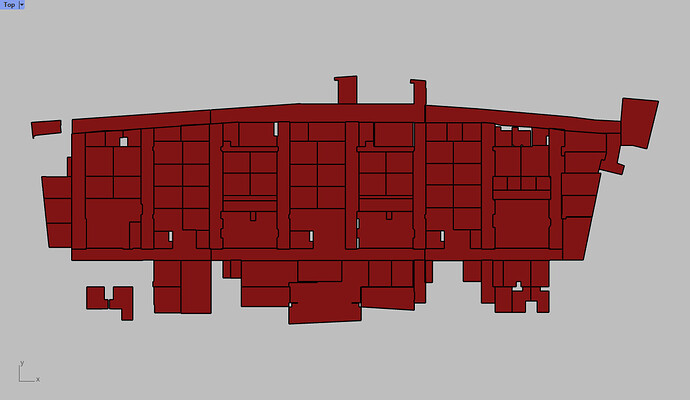 If you want to thank someone @mingbo deserves all the credit for patiently improving the command and fixing the bugs to a point that it is now very reliable!

I want to thank, @asisnath for sharing his shopping center model initially which was the starting point for the PO_AlignToGrids command. @victorbrac deserves a lot of credit for sharing a few hospital models which gave us a sense of real-world Revit models and for sharing his ideas for improving the process. Last but not least, I want to thank @justinshultz who brought up the point about the hardship of drawing the guidelines during the previous user meetup! That triggers the idea of automating the process of generating the guidelines.

I also want to thank the Grafix team who worked together on this problem during the AEC Tech 2022 Hackathon. The machine learning approach was actually the inspiration to develop the geometrical approach that is now implemented into the Rhino plugin. No promises, but in theory, we should be able to bring most of these functionalities to the Revit plugin too.

I hope this feature saves you hours of re-modeling and we are looking forward to hearing your feedback.

Thank you, and have a great weekend!

Thanks @mostapha for this important update. Great way to model cleanly !

Brilliant! Fun to witness the evolution of the Rhino plugin.

To confirm, this refreshed align command should align child surfaces (apertures) as well?

To confirm, this refreshed align command should align child surfaces (apertures) as well?

Yes. It does. @mingbo found a smart solution to resolve the issues that we had before for non-orthogonal cases.

In case it fails for edge cases there are two commands to help you with fixing the issues with the apertures quickly. Here is a short video that shows both of them. Thanks for sharing the walkthroughs!