Pollination Rhino 7 Plugin is loaded yet no commands are working

I’m using Rhino 7 and downloaded the latest Pollination RH plugin v 1.9.0.0. It seems to be loaded under all plug-ins and enabled. However, when searching for commands, there is nothing there. (Except “PO_Loader” command. When I run this command, it says found following .gha files under C:\Program Files\pollination\plugin\7.0\Pollination-GH\Pollination.GH.gha. Any idea what might be causing this issue? 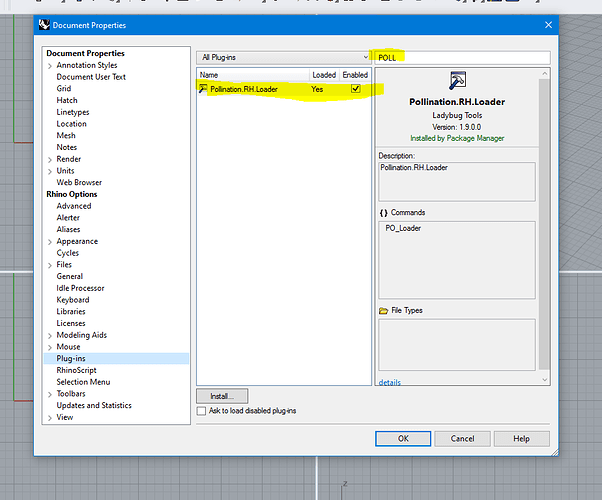 Hi @hlkocalioglu! Welcome to the community.

Try to install the one for Rhino and it should fix the problem. The Rhino plugin also installs the Grasshopper plugin for you.

Hi, @hlkocalioglu! I’m going to mark my reply as the answer for now. Let us know if the issue was something else.

To clarify this we will:

Thank you for the prompt response. As I did install the Pollination plug-in through our company’s software center, I m not entirely sure if they made a mistake with setup file for Rhino vs Grasshopper plug-in. So, I m going to talk with IT department to clarify this. So, I will keep you informed in case there is something else. 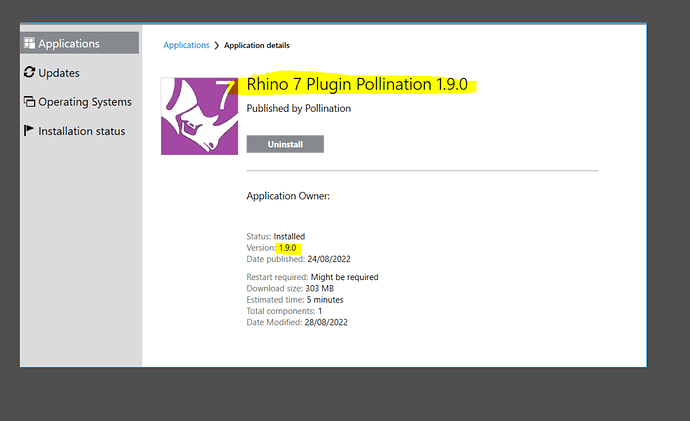 Hi, @hlkocalioglu! Thank you for sharing the screenshot. This one is the GH installer. The Rhino installer is for version 1.9.0 is around 331 MB.