Hi,
Just downloaded and installed the latest development installer for Rhino (0.148.13).
Before that the Rhino toolbar was active and shown.
After install it disappeared. From this site the instructions say that:

After installing Pollination, you will need to open and close Rhino three times to load the Pollination plugin.

Well, i restarted Rhino more than 3 times but nothing. The toolbar still doesn’t show.

Am I doing something wrong?

Hi @ayezioro! Just for future reference, you can always try the pollination command to bring back the Pollination toolbar in Rhino if it was disappeared for any reason.

Hi @mostapha,
I tried that after installing 0.148.13 and didn’t work. The following version fixed the issue.
-A.

Hi,
Sorry to bring this one again. The issue appeared again after installing the new RHinstaller (0.150.0).
When opening Rhino i get the following:

Where you can see that the plugin can’t be loaded, neither when opening Rhino or when trying the pollination command.
This is how the plugins are installed/loaded in Rhino:

Hi @ayezioro! The error that you see is most likely because you haven’t uninstalled the older version manually before installing the new version. There is a change in the technology that we use for the new installer and the one that we used before. We are adding an additional check to automatically remove the older version even if it’s installed with an older installer.

In any case, the error shouldn’t stop you from using the Rhino plugin. Run the PO_LicenceManager command, retrieve a license and you should be good to go!

Thanks @mostapha ,
That did the trick.

Hi,
Sorry to bring this one again (third time)
Installed the newest pollination installer version (1.5.3).
Even though it shows the pollination icon in the panel, the panel is empty. Like this: 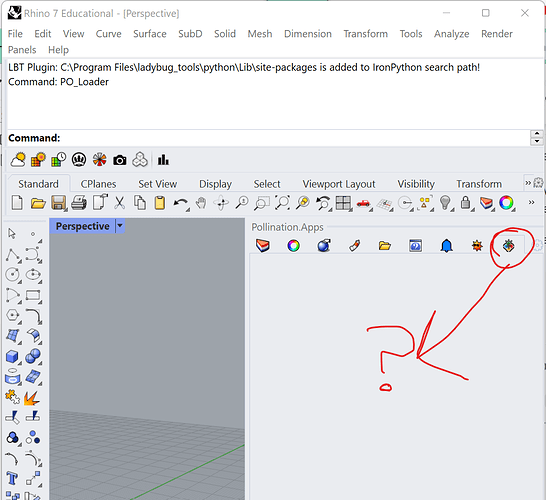 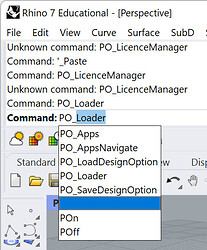 Hi, @ayezioro! You are not doing anything wrong. You just got unlucky. Try to download the latest version (1.5.4) that was released shortly after the (1.5.3) that didn’t compile correctly. Sorry!

Thanks @mostapha ,
This is it.
BTW, first time i noticed the icon on apps. Coooooool!
-A.