Room selection is misleading, incomplete or works not at all

Never know if a selection is complete or only partial.
Right after a restart everything works for a while and after a few operations like for instance split face, the whole model falls apart. 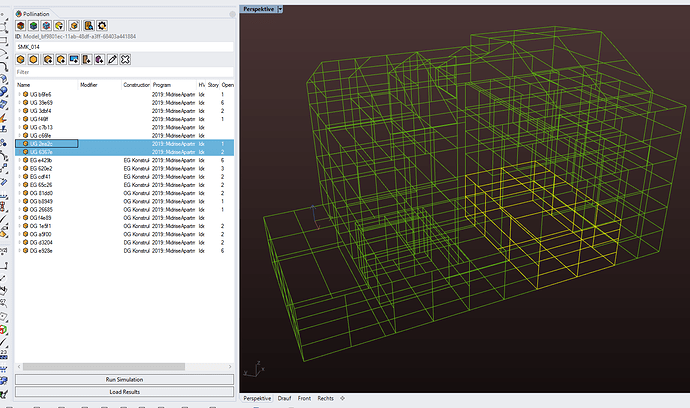 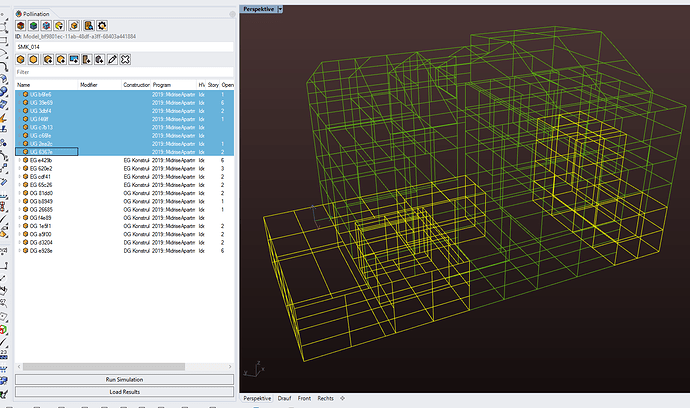 Hi @martin6, Thank you for documenting the error here.

Is it possible for you to give us a model with a minimum step by step list of commands/actions to recreate the issue on our side?

Can you also provide a bit more explanation about “the whole model fall[ing] apart”?

Well if I work for a while with the model and do a couple of things out of the ordinary workflow like deleting something, copy/paste data form another rhino instance, split a face, change the length of a room and so on.
It seems like Pollination is loosing track to the data or is storing data which is supposed to be deleted or assigns data to objects when they are (re)imported…
These things happen very often (and that’s what I call fall apart).
Rooms are not shown in the list anymore or like shown in the pictures they are shown in the list but not recocnized. Also the missing face I described in another post here is such an example.

I think I kept the Rhino file in this state. I’ll search it later and place it in the Rhino3D Models Project I created on Pollination cloud

Here is another sample of “fall apart” 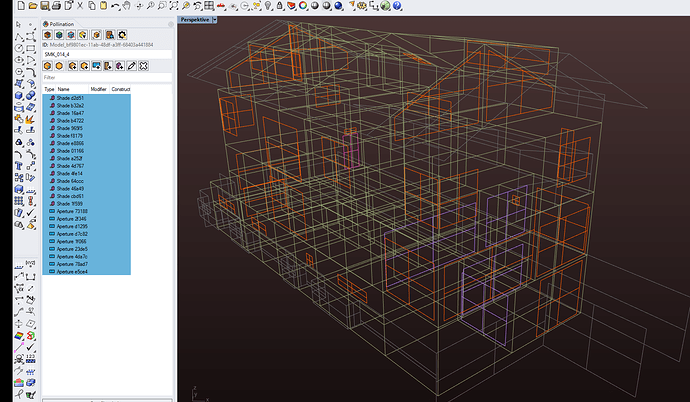 If I try the other way mark the whole scene, guess what - nothing selected in the list… 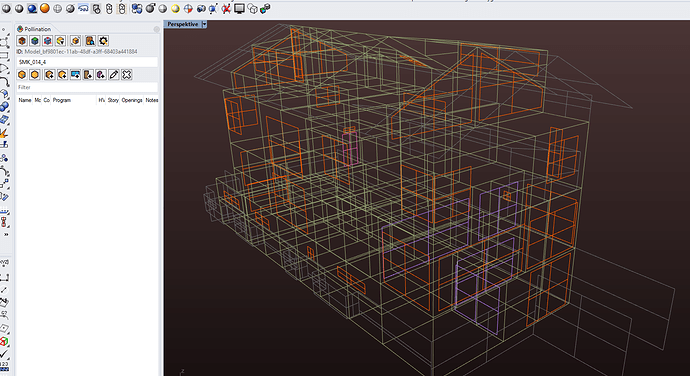 In the meantime I found out the shade belonged to a hidden context. Therefore it wasn’t deleted.
It is gone at the beginning and reappears after some work steps.

I have added a new button to the toolbar to refresh the manager in case that you found the manager is out of sync with your model.

Hi @mingbo. Is this functionality added in current developer version 0.122?

Hi @asisnath, I haven’t released it yet. I am checking several other issues now. I will push all the updates in a couple of hours.